Last day!
Prizegiving
Last night the school gathered at the St Arnaud Tavern to celebrate the year and award trophies. It was great to see so many families turn up and how many high achievers we have here at Lake Rotoiti School.

This year we say goodbye to our two year 8s, Emma-Jay and Jasmine. They're off to their next schooling adventure and we wish them all the best. You will be missed.
Senior Tramp
Last week the seniors went off for a 3 day, 2 night tramp up the lake to John Tate hut. First up on Wednesday morning was a bit of organisation at the Blechynden Shelter on the Lake shore where food, billies and cookers were divied up between groups and packs before jumping into the water taxi for a quick trip up to the head of the lake and then they were off. The weather may not have been the greatest but the kids, principal and parents equipped themselves well on the 5 hour walk up to John Tate hut. There was lots of enthusiasm, laugher and chatter on the way up with a bit of relief when the hut was finally reached. Along for the Tramp was Nick from Crikey Creek Guiding who over the course of the three days shared his knowledge and experience with the group.

With John Tate hut as the base for the two nights, the kids set up camp, working together to cook dinners and clean up and then just enjoying being able to play and explore the National Park.

Thursday dawned with a choice, stay around base camp to swim and explore or take another walk (sans packs) to a waterfall a couple of hours away. Surprisingly, most of the kids opted for a walk to the waterfall...where do they get their energy?

Thursday evening brought some excitement when a game of tag ended in a foot injury. The question then becomes, can the child walk out or not? With a suspected foot fracture the obvious answer was not and the ELB was set off. Suddenly back in St Arnaud there is a flurry of activity as we inform the locals of who was with the beacon and where they were all the while asking ourselves...what's going on?

Meanwhile back at camp the Westpac Helicopter has arrived to collect the child and a parent helper and they're winging their way to Nelson hospital. Some five hours later he's finally assessed and thankfully the foot wasn't broken or fractured but could have ended that way if he'd tried to walk out. Much relief to the parents in St Arnaud but of course those on camp were left in the unknown.

Friday morning brought rain, rain and more rain but with no option, the tampers donned jackets and headed out. With a mostly downhill trip and not pleasant weather they powered down the valley making excellent time and completing the walk in 4.5 hours.

Of course the hot topic of conversation was the helicopter rescue and top of the wish list for all was a nice hot shower and drink (though I think some parents had something a bit stronger on their list).

All in all everyone had a blast, there were no major injuries and we didn't lose anyone! What a great trip, I'm sure everyone will be hoping for another next year.
Junior Walk
While the seniors were off on their 3 day tramp the juniors decided to have their own mini tramp and set off into the surrounding bush. Completing the Bellbird and Honeydew walk, they made sure to stop and practice some shelter building as well as warm up with a milo cooked in a billy on a burner. Thank you Anita from the Lake Rotoiti Outdoor Education Centre for joining us on our mini-tramp and sharing your experience with us. 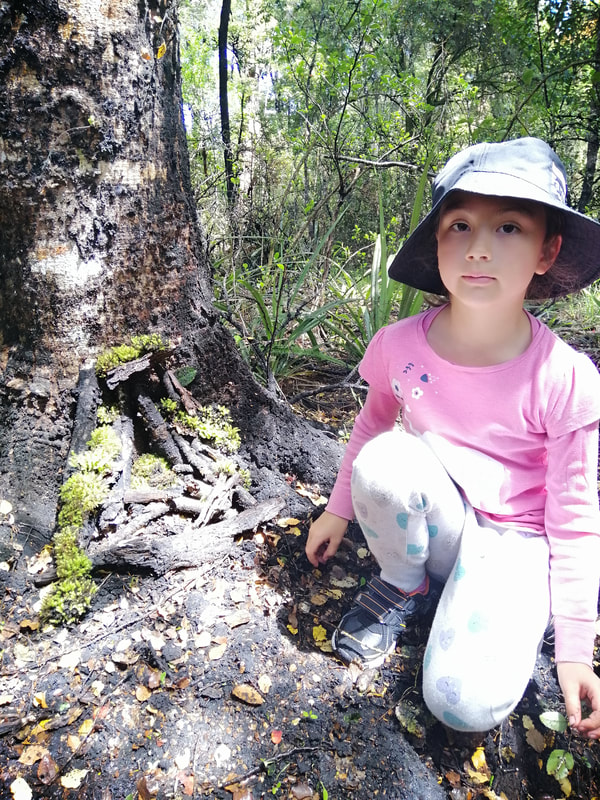 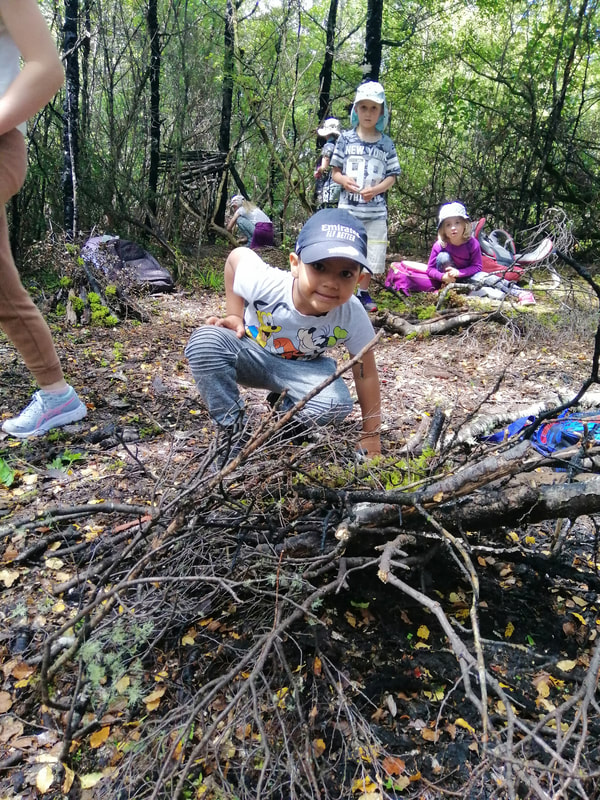 Field Day
The weather also didn't stop the arrival of our special guest Santa who delivered a book for each child as well as a pile of lollies for a lollie scramble. Here's hoping for better weather next year so we can welcome the animals back to school 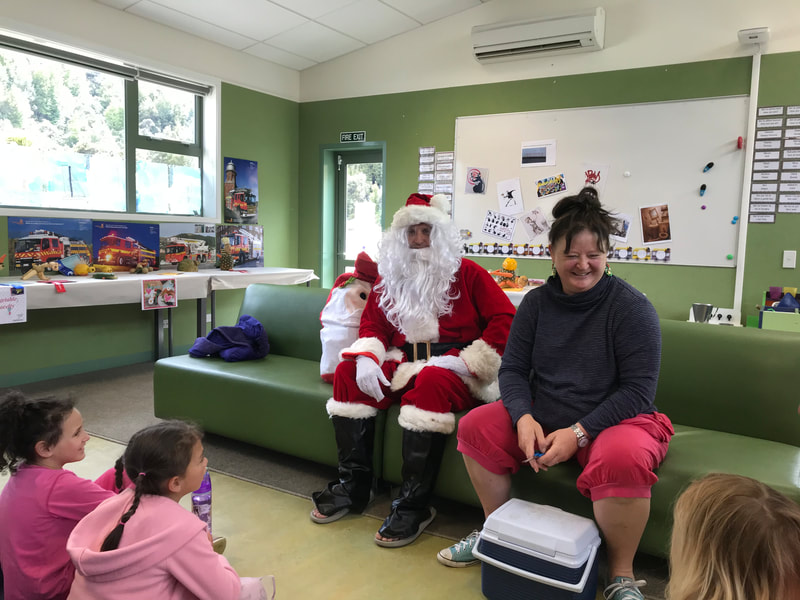 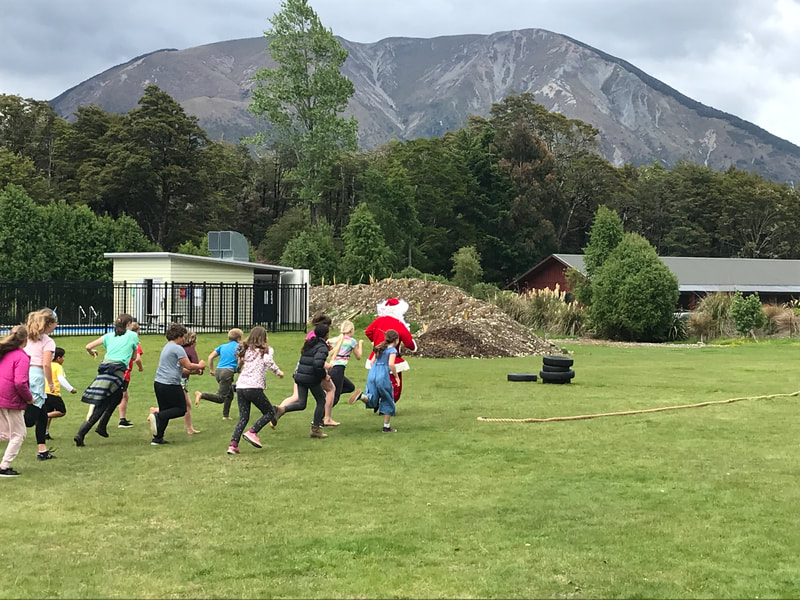 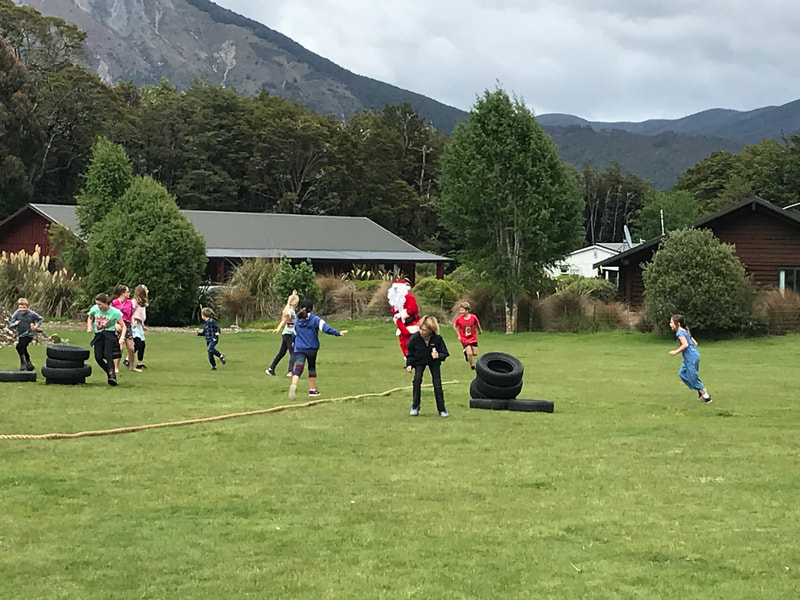 Swimming
STEM Lego
After waiting weeks to be able to open their prize from Genesis and Emirates Team New Zealand the kids have gotten stuck into using the new Lego STEM kits. They are having great fun building, programming and watching their creations come to life. With endless ideas and the ability to build and re-build, imagination is their limit. 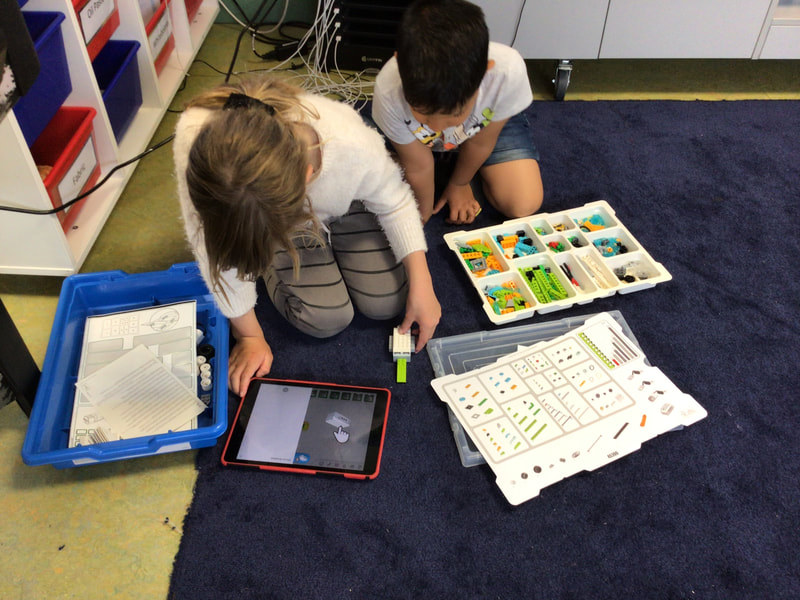 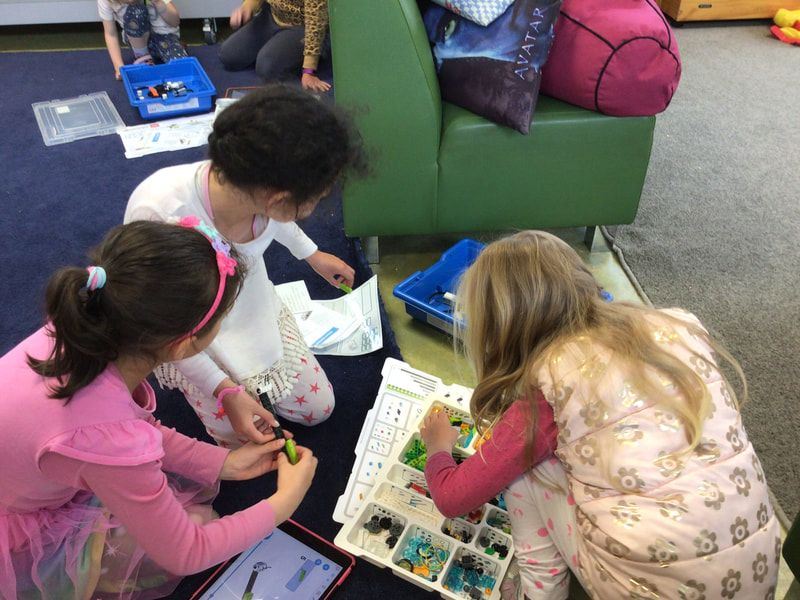 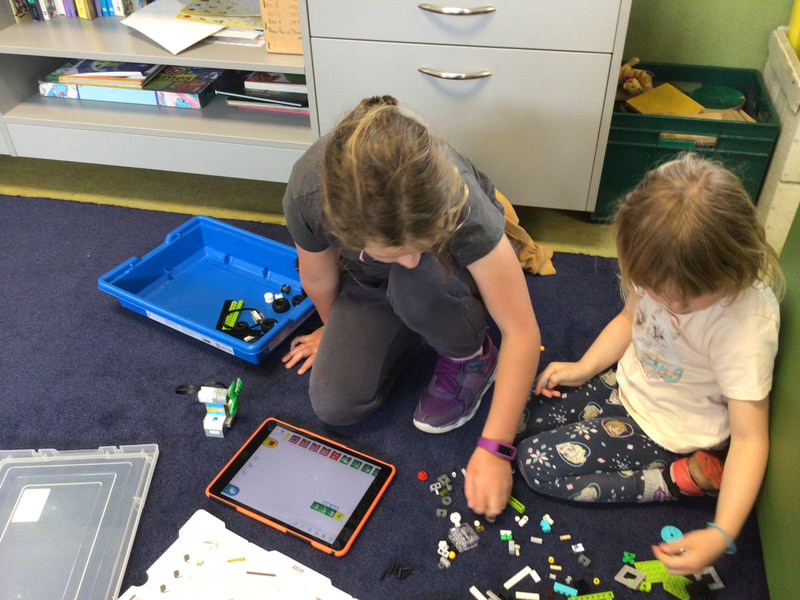 Pre-Tramp walk
As the seniors gear up for their three day/two night tramp next month it was decided that a pre-tramp walk would be a good idea so on Thursday the seniors set off from school walking up to the Rotoiti Lodge, up Black hill, down to West Bay and back around the peninsula to school. Everyone equipped themselves well and the walk took less time than planned. Watch this page for photos following the tramp on 9, 10 & 11 December.
Senior Sailing
Trek Events
America's Cup Visit
Wow, what an experience, the kids (and adults) were bouncing off the walls with excitement in the lead up to the America's Cup coming to St Arnaud. Emirates Team New Zealand members Joe Sullivan, Steven Ferguson and designer Simon Corkery came along with the cup and the kids really put them on the spot with some tough questions like "Why are there no women on the boat?"

Of course our kids knowledge was tested with a short quiz and question and answer session with questions ranging from specific to the America's Cup and power generation. We were also presented with our winning prize of Lego Programming Kits and got to get signatures and photos with the cup itself, not to mention we made it into the Nelson Mail and Waimea Weekly.

It was truly amazing and big thanks go to the Community and Rainbow Skifield for getting behind us in the competition and helping us win.

Competition Details
Book Character Day
NZ Police SAR visit
Earth Hub Environmental Film Festival
The seniors have been working on videos to enter the Earth Hub Environmental Film Festival. Topics to choose from were Climate Change, Biodiversity Loss, Nature in Crisis and Sustainable Living.
Skiing
Although it hasn't received a lot of snow we have still been able to get up to the skifield a couple of times so far this year. The kids have been enjoying improving their skills on the lower slopes and our aim on our next day up is to introduce the senior's to snowboarding.
Tuakana/Teina
On Friday afternoons during Term 1 and 2, children have been engaging in a number of different activities with the older (Tuakana) children assisting and teaching the younger (Teina). So far the children have done rock painting, scrapbooking, rope tying, robotics, origami, baking and gardening and have lately been learning to use sewing machines, developing Lego skills, sanding down the Optimists ready for painting, and learning basketball skills. We take a break now in Term 3 as we aim to be up at Rainbow skifield each week but our Friday afternoon activities will start again in Term 4.
Junior Class Monster Book
Inspired by Quentin Blake's books and artwork the Juniors created their own masterpieces and collated them into a book - Monsters On The Move.
Welcome Back
Senior Class Lockdown Challenge - Share a Talent